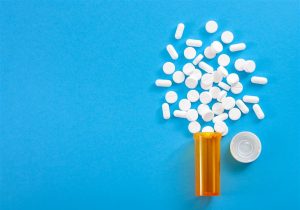 Despite these dramatic changes in opioids involved in overdose, existing models of risk are based on data that predate shifts and fail to capture risk factors for heroin and synthetic opioid overdoses, which may differ from those associated with prescription opioid overdose. Per the CDC’s 2017 Annual Surveillance Report of Drug-Related Risks and Outcomes, examining recent data is needed “to address a diverse and evolving array of drug types.” In response to policies trying to reduce overdose risk, opioid prescribing has decreased substantially since 2012 and high dosage opioid prescribing (daily dosage ≥90 MME) in particular declined by 41.4% from 2010 to 2015. Yet, overdoses continue to rise. Given the uncertainty about why prescribing changes have not resulted in concurrent decreases in overdose rates, it is critical to understand the impacts of opioid reduction measures on overdose rates across the specific types of opioids involved.

Aim 1: Examine opioid receipt and other patient-level risk factors associated with unintentional opioid overdose for each of the four categories of opioids involved in overdose.
Hypothesis 1: Risk factors will differ between different types of opioids involved; e.g. higher prescribed opioid dosage will be associated with natural/semisynthetic opioid overdose, but not with other categories.

Aim 2: Examine the relationship between changes in opioid prescribing within VHA facilities and overdose death rates for each of the four types of opioids involved in overdose.